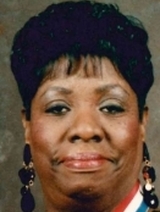 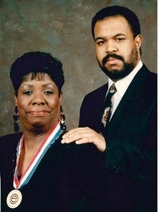 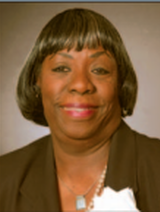 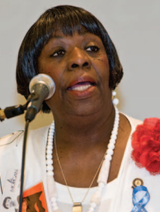 Memorial Candle Tribute From
Stillman's Memorial Chapel
"We are honored to provide this Book of Memories to the family."
View full message >>>
Memorial Candle Tribute From
Barbara Branham, Somerset, NJ
"Ella, could always light up a room with her presence, I am sure she lite up heav"
View full message >>>
In Memory of
Ella M.
Harris
1936 - 2015
Menu
Plant a Tree In Memory of Your Loved One
Click Here

Ella Moultrie Harris was born at 246 West 150th Street, New York City on May 31, 1936 to Martin Jerome and Emma Blaire Moultrie. Her father was a restaurateur and provided his daughter with the best money could buy. After graduating high school she went on to Morgan State University where she earned a Bachelor’s degree in history and political science in 1957. Ella then pursued, and was awarded, a master’s degree plus 40 in special education from Temple University. In 1963 she married Bruce Russell Harris, Sr. at Abyssinian Baptist Church in New York. Applying her quality education, she became a teacher at Saul Junior High in South Philadelphia, a librarian at Kane Middle School in North Philadelphia and finally, crossing the quadrant of the city once more, a teacher at Sulzberger Junior High School in West Philadelphia. Her second career as a full time union organizer with the Philadelphia and American Federation of Teachers, started with her taking the position of union representative where she taught. This eventually blossomed into a full time career where Ella traversed the country, organizing teachers from coast to coast. She also taught English as a Second Language (ESL) to primarily Asian students with the University of Pennsylvania. She retired in 1998.

Ella soon turned her attention to her alma matter, Morgan State University, lending her time and talents to the Morgan State University National Alumni Association. She held various positions locally and nationally, ending her tenure as national president in 2008. Known for her unyielding positivity and driven fundraising, Ella reminded alumni of a Morgan tradition, “enter to learn, depart to serve,” a motto she held dear to her heart throughout her life. She continued to stay involved in her beloved sorority, Delta Sigma Theta. She was also a member of the Continental Society, National Association of Parliamentarians and the Red Hat Society.

Ella is survived by her son, Bruce Russell Harris, Jr., her grandson Martin Augustine Harris, her daughter in law, Rev. L.M. (Zinda) Harris, and a host of family, friends and colleagues.

Provide comfort for the family by planting a tree in memory of Ella M. Harris (Moultrie), please visit our Heartfelt Sympathies Store.